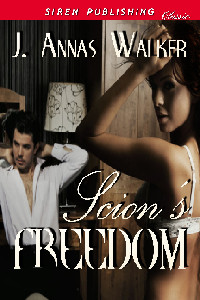 I was struck by the number of vampire stories out there where the hero gets to be the big, tough vampire and the heroine is the fragile human in need of rescuing. I thought, “Why can’t she be the vampire with a human hero? He can still be a tough guy, as long as she gets her moment.” Ta-da! Cassy Daniels had her start.


Then I thought, “If she’s going to get to be the vampire, why not let her have the fun, too?” We get to see our reluctant princess in a bar on Halloween hooking up with our hero in some hot (and very graphic) against-the-car sex. All the sex scenes are graphic, and I made sure to have more than the usual one or two scenes. These two people are either working on the problem or working each other. The sex is actually a part of the plot. There is no way to clean it up and still make the story work.


My favorite part is how Cassy gets to be the damsel in distress and the knight in shining armor at the same time. If you’re looking for something colored a little outside of the lines but isn’t way to far outside of the lines, give Scion’s Freedom a try. No matter what, don’t stop reading. The bad guy may seem obvious, but you’ll be surprised who really created the monster within. Keep reading to find out how naughty Cassy really has been!


Staring at his dark-brown eyes, she slowly pulled the keys out of his hands and dropped them on the ground. Her hand slid up his stomach to his chest and then pushed his frock coat off his shoulders. With the coat halfway down his arms, she pulled him to her, kissing him. The tip of her tongue touched his lips and he opened his mouth. She deepened the kiss for a few moments more and pulled away.
He drew in a long breath and let out a half-moaned sigh as he palmed her breasts. She wasn’t wearing a bra underneath the halter top. He dropped his arms and allowed the coat to slip off. She reached up and untied the top behind her neck. It dropped down, exposing her hard nipples. He rolled them between his thumbs and forefingers. She shivered with delight. He mistook the tremor for being cold.
“It’s chilly out. Do you want to get in the car?” His hands didn’t leave her breasts.
“No. I’m fine right here.” She undid the hooks on his pants and opened the fly. As he twisted and rubbed her, she slid both hands down the front of his undershorts and gently kneaded his balls.
“Mmm…That feels great,” he sighed. Moving his hands down to cup the base of her breast, he bent his head low and ran his tongue across one nipple and then the other. He began sucking her breasts in turn. She turned him loose and arched back to lift her chest higher.
He put one hand between her thighs. Cassy’s skirt was short. There was nothing to lift to gain access. His fingers brushed her neatly trimmed bush. He glanced up at her in surprise.
“No panties. I hate ’em. They get in the way,” she whispered. He hummed his agreement against the breast he still had in his mouth. She parted her legs enough for him to explore her further. This brought more humming.
Fingers slid across her sensitive pearl and down to her waiting pussy. First one, then two found their way inside her slit. She was so wet he hardly had to try working them in. As he fingered in and out, he started kissing his way up her neck. A thrill ran through her when he lingered over her carotid artery, kissing and licking it before moving up her jawline.
He slipped his fingers out of her and released his stiff cock from its confinement. Gripping the base, he whispered in her ear, “Do you want to suck this? Or do you want me to fuck you?”
Too hot and eager to care about anything else, she begged, “Fuck me. Just fuck me, please.” Something about this man was unexplainably magnetic. He drew her in, made her want him. She was impatient to have him take her. She would have loved to suck his dick, to roll her tongue across the head and taste his sticky pre-cum, but the burning need to have him in her snatch overrode everything else. Fangs and sucking cock were tricky things to juggle when the need to fuck raged like an internal wildfire.
“That’s what I like, a woman who knows what she wants,” he purred. Pinning her body against his car, David pushed into her dripping cunt in one long stroke. Cassy pulled one leg up over his hip and curled it around his back. She wrapped her arms around his neck and shoulders to hold him steady against her. “Good girl,” he cooed. The praise sent a shiver up her spine. She wanted to open herself to him completely, to let passion consume her.
He braced one hand on the car and the other on her raised leg for more support. Once balanced, he pulled almost all the way out and thrust back in as deep as he could. Cassy let out a soft moan. He could feel her pussy quivering and gripping his cock, almost begging for more. Her juices flowed down over his balls. She was ready.
“Yes, please yes! Please, please, please,” she begged in a loud whisper. She laid her head back against the roof of the car and closed her eyes.
“Happy to oblige,” he said and started stroking her long and hard.
You can find J. Annas Walker in these locations:
https://www.facebook.com/pages/J-Annas-Walker/374381472619499
http://www.bookstrand.com/scions-freedom
http://www.amazon.com/J.-Annas-Walker/e/B009G2FJNQ/ref=sr_tc_2_0?qid=1354805856&sr=1-2-ent
http://www.barnesandnoble.com/w/scions-freedom-j-annas-walker/1113126089
http://www.kobobooks.com/ebook/Scions-Freedom/book-X73tp3nPhUi5kPwt2_DsMA/page1.html?s=LmtanBOkPkKGfonnMjIASw&r=1
Posted by Unknown at 00:00