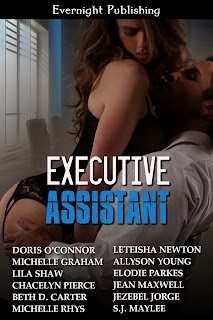 Stephanie Thompson has had a huge crush on the president of her company for a long time, despite the fact that the man is a womanizer. But when the opportunity arises to go to a conference with him, she jumps at the chance. Upon arriving at the hotel they discover one of the rooms has been cancelled and Richard insists she stay in his suite. One thing leads to another and it isn't long before Stephanie and Richard are mixing business with pleasure.

When they return to the office, Stephanie discovers that the cancelled room was part of Richard's plan to seduce her. Can he convince her that she means more than a casual fling? 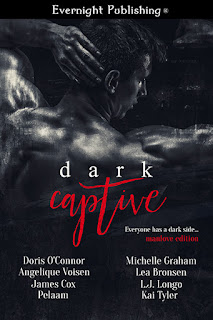 At The Warehouse, boys are taken young and forced into slavery. T grew up there and is considered too old for most of the clients so the boss is willing to let them rough him up more than usual. But that changes when the man who's supposed to be guarding him takes him away.

Diego wanted to avoid The Warehouse and the bad memories it held, but he’s sent there to act as a guard. When he realizes that a young man is being whipped to death, his anger forces him into action and he escapes with the slave.

But having a vulnerable companion brings out some very dark urges in Diego. Can T become the victim Diego needs? Can Diego avoid becoming the monster he despises?