Way back in my youth, I was a bit of a wallflower. I was plenty interested in the opposite sex, but never really managed to connect with anyone until grade 10. I was a band geek who also enjoyed singing and acting (which is funny considering how much trouble I had interacting with people). I was lucky to land a good role in our school musical that year. And playing opposite me was a tall, good-looking guy who was three years older than me. As rehearsals progressed, we got to know each other, and my interest was captured. I never dreamed that he was interested, too, until about six months into the year when he asked me to a movie.

That night will always live in my memory. I don't even remember what movie we saw, but I remember holding his hand throughout. I remember the way my heart pounded every time he got close, but most of all I remember the kiss at the end of the night. Perfect. Taylor Swift's song Fifteen always makes me nostalgic, because I was fifteen. 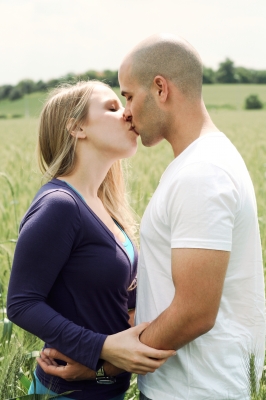 We were pretty much inseparable for the next month or so, our make-out sessions getting heavier, until one night he slipped his hand under my shirt, and I let him. But for some reason, he felt things were moving too fast (that's right folks - the 18 year old boy put the brakes on when it started to get serious). He was a decent guy, but our relationship ended then, and we stayed friends.


Though there were a few incidents of spin-the-bottle over the next couple years, I didn't have another boyfriend until just before my 18th birthday. By this point, many of my friends had started having sex, one had even had a baby, and I still had no clue. So on my 18th birthday, I decided that I was sick of being a virgin and told my boyfriend that we could go all the way. In a Chevette. Not the smartest decision ever. It hurt like hell, lasted all of thirty seconds, and is not one of my fondest memories.

Lucky for us, the next time was in a bed and worked much better. It was great for a while, but we broke up when I went away for college, though we maintained a friends with benefits arrangement for a long time, even while we were involved with other people. The emotional fall-out from that relationship was pretty devastating and I didn't really get over it until I met my husband.

And once I knew that hubby was "the one" I wished that I had saved myself for him. I was sure my first time would have been a lot more enjoyable. 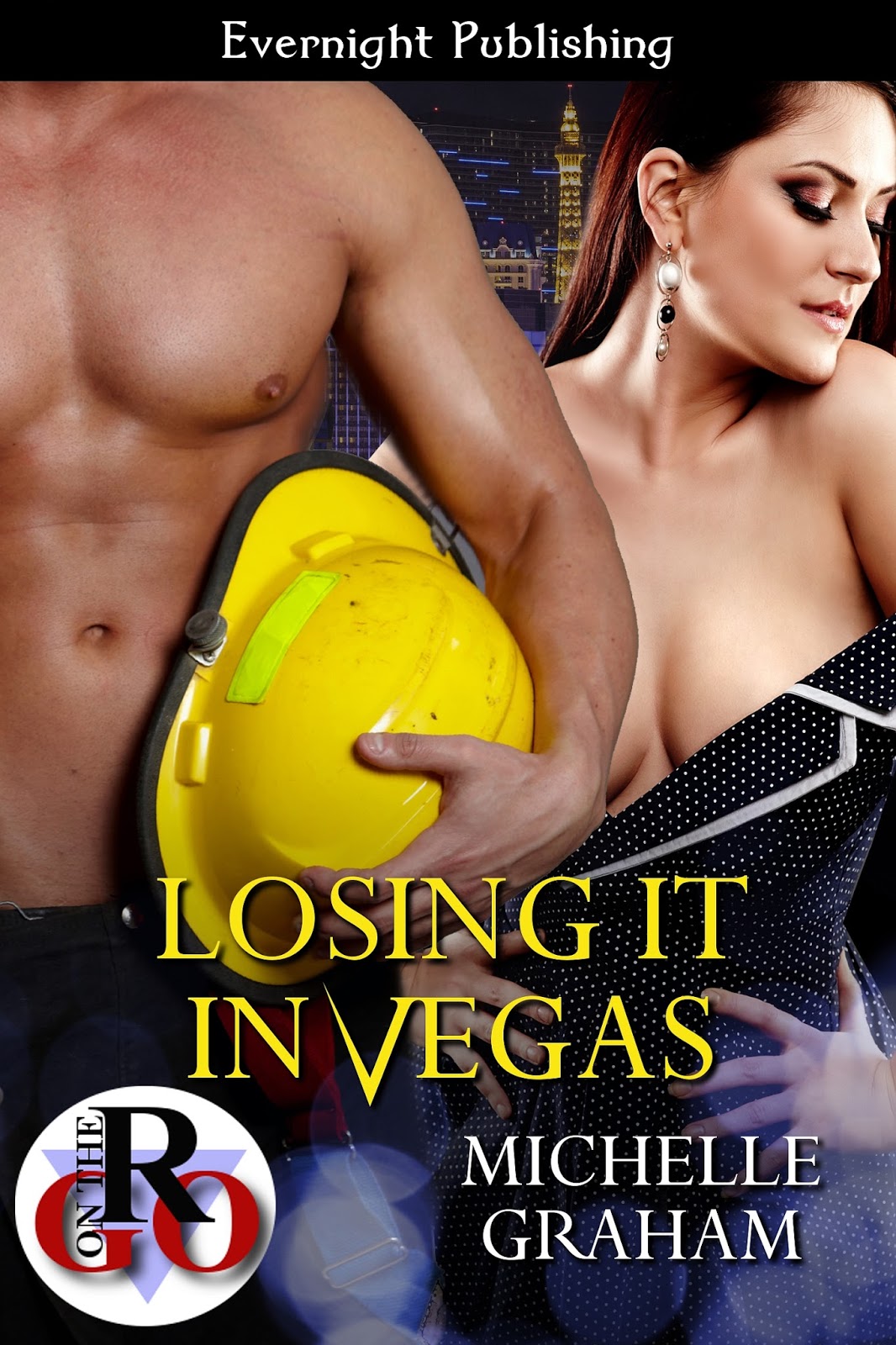 This is what inspired my new series from Evernight called Losing It. What if there'd been a way to be with an experienced lover for my first time? One who knew better than to try having sex in a tiny car. One who understood something about foreplay. Would it have been different? I like to think so. The premise behind the series is an online hook-up site which matches experienced lovers with virgins, for a no-strings-attached, amazing first time. They're short, fun stories, and of course, they have a happily ever after.

So if you could go back and talk to your younger self, what advice would you have to give about losing your virginity?
Posted by Unknown at 20:12 No comments:

The lovely Claire de Lune (what an awesome pen name!) is visiting to tell us about her latest release, Lucifer’s Errant Sub. What an awesome title! After checking out the cover and blurb, I had a few questions which Claire was gracious enough to answer.

Michelle: What’s your favorite part about writing ManLove?
Claire: This is my first Manlove only. I have written MM in a ménage but never solely MM. I never intended to write Lucifer and Devil’s story. They were minor characters in Master Salvador’s Dilemma (Book 1 of the Blood Red Rose Club series). They had different ideas and one night I awoke with their story buzzing in my head so I had to write it down.

M:  I know exactly what you mean! It’s funny how our characters take over when we’re making other plans. What’s your biggest challenge in writing ManLove?
C: The biggest challenge is that I am a woman so I don’t know if I’m getting in the head of my male characters. I do hope so.

M: Last question: I love your main characters’ names! How did you come up with them?
C: Devil I chose because I had an Angel in my other series, all golden skin and blond hair. Devil is the opposite, dark, clouds of long black hair, deep bronze skin, so it seemed a good name for him. Master L appeared as his Dom in the first book so I needed a name beginning with L. Lucifer seemed a good one as he is Count Lucius Dragovic.

M: Awesome! Thanks for stopping by and giving us the delicious excerpt below!

ADULT EXCERPT
Lucifer woke first. There was someone in bed with him. His arm was numb because of a head resting on his shoulder. Then it hit him.He’s here with me. He’s safe. A feeling of the most profound happiness came over him. He smiled as he looked at the sleeping man beside him. The beautiful hair flowed over the pillow. Lucius bent to smell it. The shampoo he’d used had left a faint smell of lemon combined with the unique smell of Devil’s body. Lucifer inhaled and sighed. He’d missed waking up in the same bed with his lover. He bent and kissed Devil’s brow. The amazing eyes opened.
“You’re real. It wasn’t a dream. I've dreamed of you so often, only to wake and find you weren’t there.” Devil said no more as Lucifer’s mouth stopped his.
Lucifer kissed him gently, then, as desire overcame him his tongue explored every well-known feature. I almost lost him. I have missed him so much. He completes my life I will never let him go. As these thoughts whirled in his brain, he clasped Devil in his arms and settled to kiss him witless. Devil gave as good as he got, and as Lucifer held him in his arms, his grip gradually tightening, Devil held onto him. Then he pulled him completely on top of him, opening his legs, trapping Lucifer by wrapping his legs around him. He lifted his hips and ground their cocks together.
“It seems my pet is impatient,” he said, and spoiled the effect of the stern tone in his voice by chuckling.
“I have missed you so, just fuck me,” Devil protested.
“You forget that you are my pet and I’m your Master,” Lucifer said. “You get fucked when I say so, and if you beg nicely.”
Devil held him at arm’s length and looked at him. “You were serious, then.”
“Never more so. It’s the way I live.”
Devil wriggled out from under Lucifer, whose heart hit his boots. He doesn’t want this, and I won’t force him. I love him too much, but it’s going to be hard to give up the lifestyle. To his surprise, Devil knelt by the side of the bed, his proud head bent.
“Please fuck me, Master,” he said. Lucifer was jubilant. He does understand, and he does want this. He got off the bed, raising his lover to his feet. He held his face between his hands and gazed into his eyes, searching for something. He needed to know if it was what Devil wanted and wasn’t agreeing just to please him.
“Do you really want this? You aren’t doing it just to please me?”
“All my life I have been told what to do someone has had the responsibility for me. I hated the Brothers, but they didn’t care for me at all. You care. I missed you and I didn’t do very well on my own. I know I need someone to look out for me. I enjoy our love-making when you take charge. I want to explore this lifestyle you speak of.”
“Very well, pet. Promise me you will tell me if you are unhappy about anything love,” Lucifer said, his voice raw with emotion. Devil nodded.
“I will, Master. Now please, please will you fuck me?”
“With pleasure,” Lucifer said. He pushed him onto the bed. “Stay there, and don’t move.”
He went over to his night table and took out a few items. He placed a soft blindfold over his sub’s eyes. “Remember this? It will heighten your other senses. Is that comfortable?”
“Yes, Master.” The low voice seemed calm.
Lucifer put soft leather cuffs on his wrists and clipped them to the bed head. "Keep your legs apart, pet." Then he opened a pot, dipped his fingers into the soft, sticky sauce, and smeared it over Devil's superb chest and firm belly. Then he bent and slowly he licked the chocolate off. He paid particular attention to Devil's nipples, smiling as his lover groaned and arched his back to get more. He licked and sucked his way over the taut belly. Taking his time, he chuckled as Devil became impatient and moaned.
"Patience, my pet.” He dipped his fingers into the pot and coated Devil’s swollen and throbbing cock, eliciting more moans. He left the chocolate sauce and picked up a soft ostrich feather, stroking it over Devil’s arms and torso until he got what he wanted.
“Please, please,” Devil begged.
Lucifer smiled, put down the feather, and bent to lick his lover’s cock. Dipping his tongue daintily into the slit, he licked and sucked the chocolate off the fat head. Then he took the head into his mouth and licked, laved, and suckled, driving Devil to the edge. When he judged him to be almost there, he stopped and coated his balls in the chocolate sauce. He sucked first one then the other into his mouth, cleaning off the chocolate, and in the process making his pet writhe and moan. When he’s better trained, it will be interesting to see if he can keep silent or not, and what I shall decide to do to punish a disobedient sub. How I'm looking forward to that.
When Devil’s balls were clean of chocolate, he licked and nibbled his way up the thick, ropey vein on the side. Then he took the dripping cock into his mouth and sucked until Devil came with a shout. Something else to explore. I will teach him to wait until he has permission to come. That control will so enhance his pleasure. Lucifer swallowed the hot, salty cum and cleaned Devil’s cock. Then he took off the blindfold and helped Devil to his feet.
“Come and shower, love.”
Posted by Unknown at 00:00 No comments: