Welcome to another edition of True Confessions. Today's guest is the super cool Laurie Roma, whose new book, One Shot is being released on Feb. 5 and is available for pre-order right now! Laurie's confession is a little different and very touching. It's a lovely insight into the many places an author can find inspiration.

Hi Michelle! Thank you for having me as a guest on your blog! I can’t wait to chat about my new release ONE SHOT, book 2 of the IAD Agency series, coming out on February 5th!!!

This story is quite personal to me... Tara is a complex character, both strong and emotionally vulnerable in a way that many victims of violence are. In the creation of her character I used a little bit of personal experience along with what I learned from friends who have suffered from PTSD. I was also fortunate enough to volunteer at a women’s shelter for abused women and children for a few years and tried to encompass some of the things that I learned during my time there. That being said, I was inspired to write this story to give hope to anyone recovering from something in their past, and to say that everyone deserves their own happily ever after. 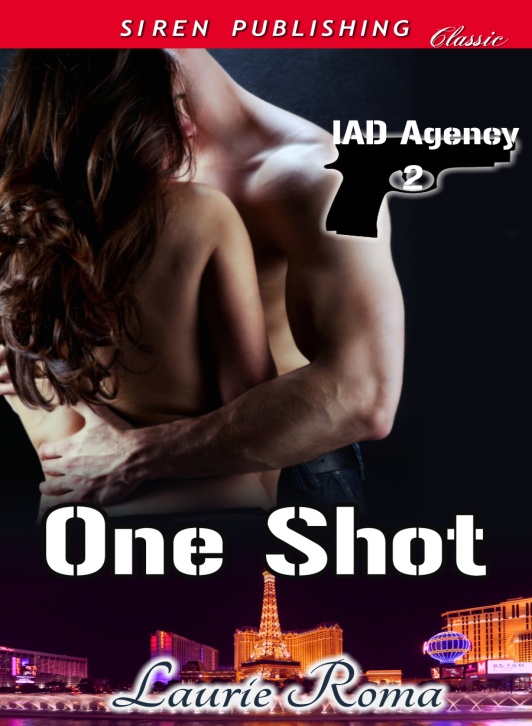 Book Blurb:
Tara Toshi is a woman on the edge. Code name 'T-rex', Tara is one of the elite agents of the IAD Agency, modern day warriors tasked with taking down terrorists and keeping the world safe. She doesn’t believe that happily ever after exists for her, until her world collides with corporate tycoon Julian King…

Julian King is the owner of a multi-million dollar hotel empire and personally runs the Palace Hotel and Casino in Las Vegas. He is a man who rules his kingdom with an iron grip and knows that the house always win. But when he meets agent Tara Toshi all bets are off. As a terrorist plot threatens his city, Julian realizes that he is also jeopardy of losing his heart.

Passion explodes every time Tara and Julian come together, but can she risk taking this one shot at finding happiness and give her heart to a man she barely knows?

The IAD Agency series novels are all stand-alone stories, but it is highly recommended to read them in order to get the most enjoyment from the series!

BUY LINK
Now available for pre-sale at 15% off!

Laurie Roma lives in Chicago and is the author of the IAD series. She has always loved immersing herself in a good book and now enjoys the pleasure of creating her own. She can usually be found tapping away on her keyboard, creating worlds for her characters while she listens to music. Of course her playlist depends on her mood…but then again, so does her writing.

An avid reader of the romance genre, nothing bothers her more than annoying characters. Seriously, who wants a happy ending for someone that pisses you off? She loves tough alpha-male heroes and strong heroines that have brains as well as beauty. Her novels are filled with both passionate romance and down and dirty lust-driven interludes, as she believes both are essential to a good love story. She loves to hear from her readers and can be reached at laurieromabooks@gmail.com.
Contact Laurie Roma at:
http://laurieroma.blogspot.com/
www.bookstrand.com/laurie-roma
www.facebook.com/Laurie.Roma.90
www.facebook.com/pages/Laurie-Roma/179017578902388