Michelle,
There’s nothing sinful in my dragon books, absolutely nothing at all.
How could it possibly be sinful for a woman to befriend three dragon shape-shifters and help them outwit an evil art thief?
And when a woman breaks into the museum to prove the security there is worthless and arrives in the middle of a scene with a lot of naked people, well that’s not sinful either, it’s the kind of thing that could happen to anyone really, anyone at all.
As for a woman playing in a hot tub with three men and some sex toys, no one could call that sinful, absolutely no one.
Berengaria Brown
Blog: http://berengariasblog.blogspot.com/
Website: http://berengariabrown.com/
Friend me on Facebook, follow me on Twitter. 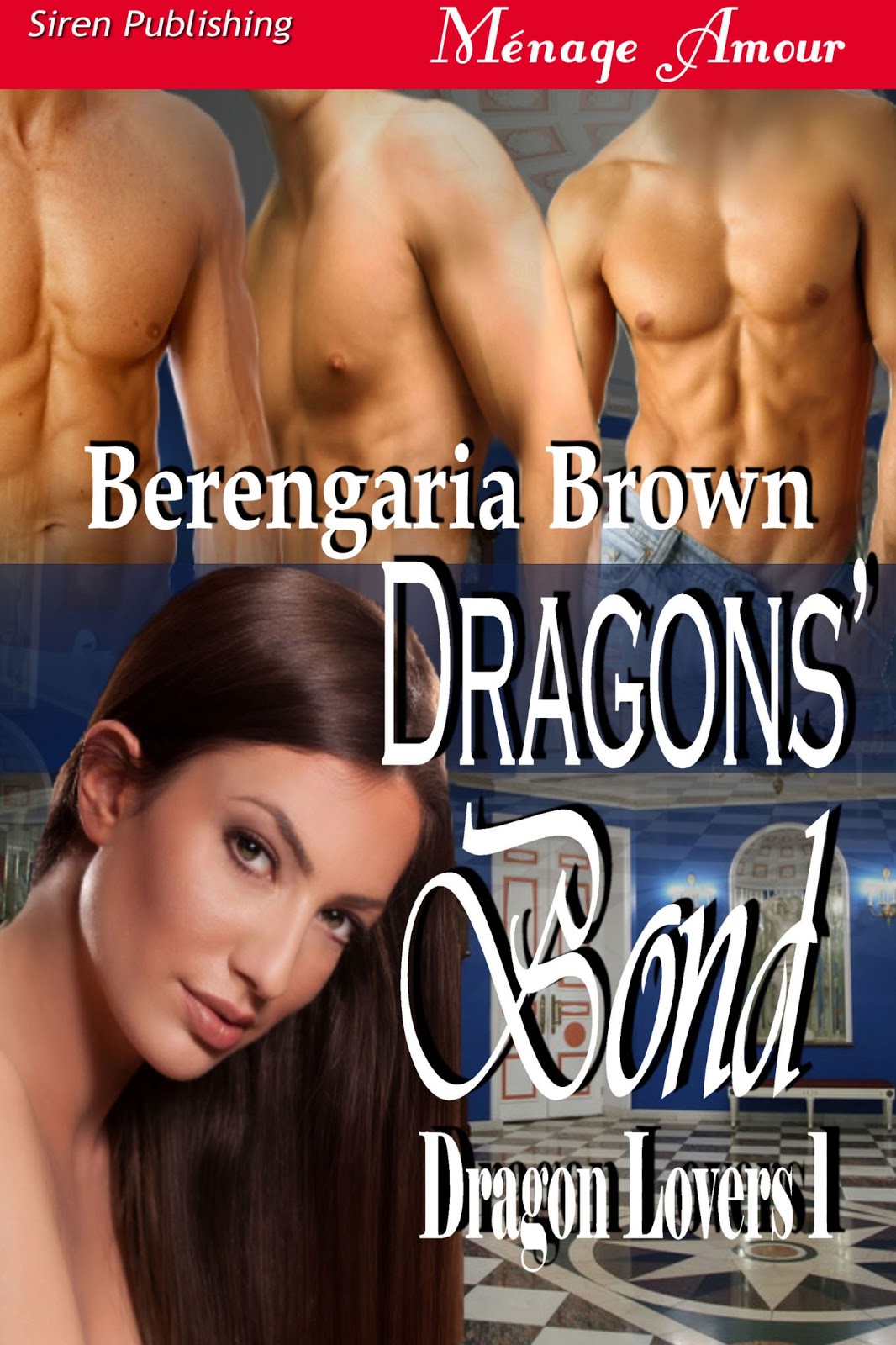 The Dragon Lovers series: Book 1: “Dragon’s Bond”.
Mallory is fascinated by three life-size stone dragon statues. Then one night they come to life and she learns they’re shape-shifters. One of the museum’s directors, Teivel, plans to use the shape-shifting dragons as art thieves by placing them in exhibitions in other museums, and Mallory, Angus, William, and Mark now have to find out which statues are shape-shifters and how they can prevent Teivel from implementing his plan. That makes their days very busy, but the nights are for their own pleasure.
Can they outwit Teivel? What will happen if Mallory loses her job or the statues have to leave their home in the museum? And can a relationship built on a crisis and unbridled lust develop into lasting love and enduring passion? 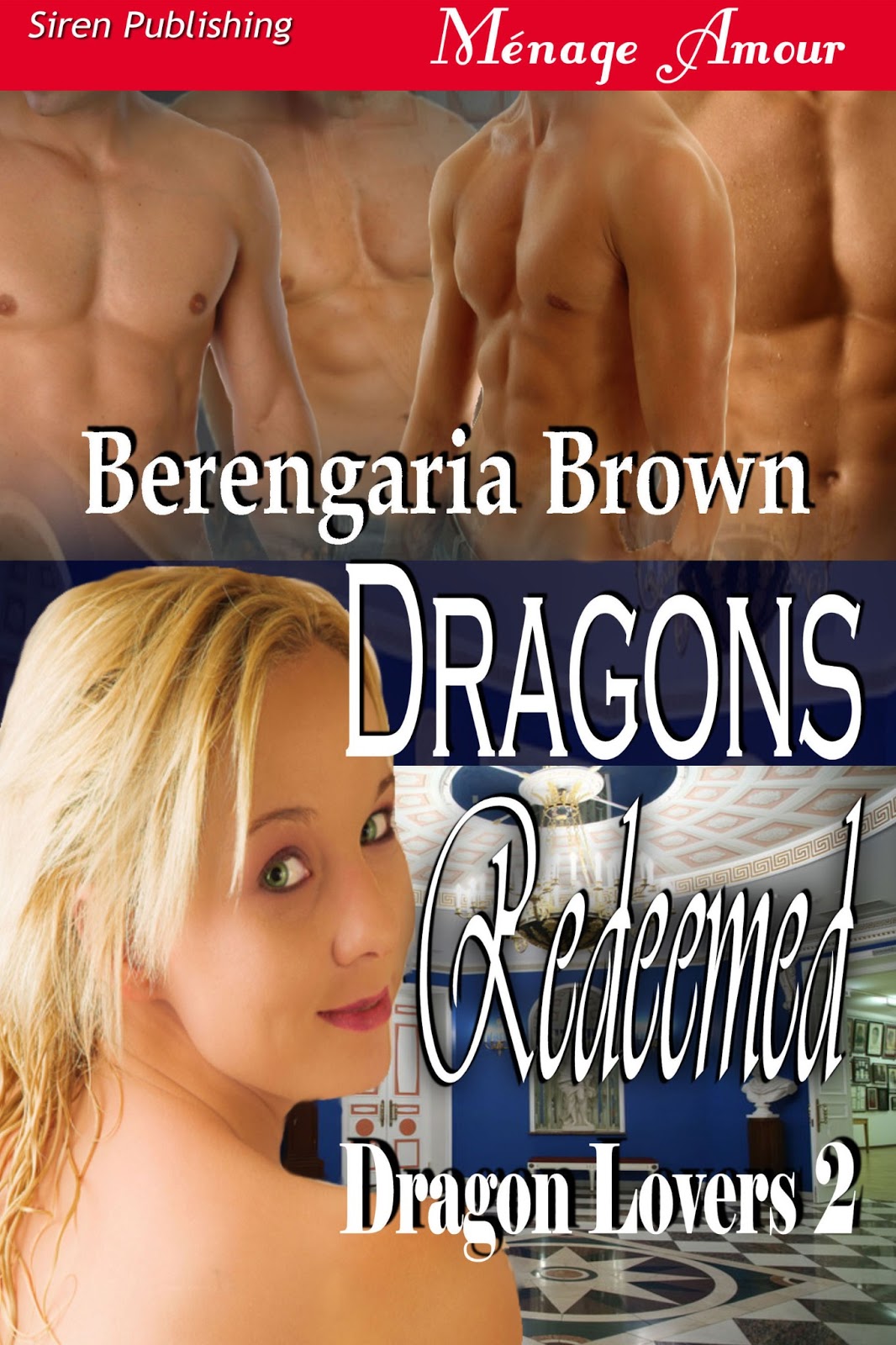 Book 2: “Dragons Redeemed”
Trudy is a locksmith and security expert who Mallory asked to quote to improve the security at The Magic Dragon Museum. When Trudy arrives at the museum, it’s full of naked people, and four of the men say she belongs to them! The dragons need to reclaim their human lives while stopping Teivel’s plan to steal the artworks—if they can get out of bed long enough to concentrate.
Meanwhile Trudy has a job to do and a business to run. Crevan, Daegan, Graegor, and Penllyn are determined to protect her while watching Teivel. The dragon shape-shifters have their hands full with an independent, determined woman and a bad guy planning to cause trouble. Plus Mallory wants to come back to the museum, and her men are set on protecting her from Teivel, too.
Between lust and danger, sparks are flying everywhere.