Summary
In his bonds, she learns to soar.
Lee Jackson is bad news for a girl like Savannah Alderton. At least, that’s what everyone keeps telling her when her boss tasks her with assisting Lee in the search for his missing ex-wife. But despite all the warnings and Lee’s overbearing attitude, she’s attracted to him from the start. Wanting more than the casual sex he readily offers, Savannah fears she is bound to get hurt. Can she take that risk?
After a dysfunctional marriage and demoralizing divorce, Lee doesn’t do relationships. Casual sex with women who don’t expect more is enough to meet his needs; especially if those women share his appetite for handcuffs and crops. Which means Savannah is all wrong for him. She isn’t his type, she’s naïve and inexperienced, and worst of all, she’s exactly the kind of woman who will want more than a rough tumble between his sheets. Still, Lee can’t seem to stay away and he can’t help but wonder if maybe he’s underestimated her.
As the situation with his ex-wife becomes more desperate, Lee and Savannah struggle to overcome their fears and begin to imagine a life together. Will they live long enough to see those dreams become reality?
Amazon Buy Link 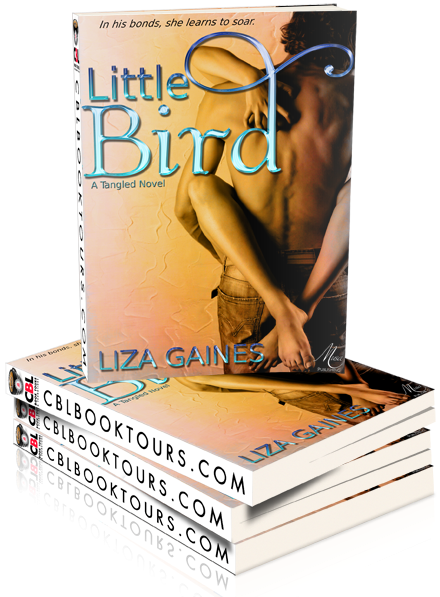 About the Author
Liza Gaines grew up in Michigan before moving to Northern Virginia in 2007. She misses her family and the Great Lakes but has otherwise fallen in love with her adopted home state.

The magic of getting lost in a book is one of her favorite things and is what led her to begin writing. She also loves cooking, baking and visiting the many historical sites in the Mid-Atlantic with her history buff husband and their two dogs.

For more information about Liza and what she's working on next, please visit http://www.lizagaines.com.